With the rapidly increasing number of Internet of Things (IoT) applications in the energy domain created by billions of devices and the resulting data, the integration of sensors and actuators for effective automation is a fundamental requirement for maintaining Machine-to-Machine (M2M) communication. The key elements for a successful smart-energy system are the compliance and interoperability of energy data from an IoT/smart building/smart grid system.

The number of IoT devices is rapidly increasing. By the end of 2021, approximately 35 billion IoT devices will be installed globally, and the number of connected devices will reach approximately 46 billion. Furthermore, the European project Unify-IoT has shown that there are currently greater than 300 IoT systems on the market, with more on the way. Each of these platforms pushes its own IoT infrastructure, proprietary protocols and interfaces, incompatible standards, formats, and semantics, resulting in closed ecosystems. Nonetheless, there is a requirement for these technologies to function together seamlessly. Therefore, interoperability is becoming a necessity to ensure that data can be understood by several external systems, particularly those originating from other sectors, such as the electric grid.

We are attempting to ensure this interoperability by creating an ontology so data can be understood by external systems in an orderly manner.

An ontology is a set of representational primitives used to model a domain of knowledge or discourse in the computer and information sciences.

An ontology can be thought of as a degree of abstraction of data structures, similar to hierarchical and relational models, but intended for modelling information about individuals, their characteristics and their relationships with other individuals in the context of database systems. Ontologies are typically specified in languages that allow for abstraction away from data structures and implementation strategies that are closer to first-order logic in expressive power than the languages of the databases.

For this purpose, ontologies are said to be at a “semantic” level, while database schema are models of data at a “logical” or “physical” level.

Ontologies are used to integrate heterogeneous databases, enable interoperability across disparate systems, and define interfaces to separate, knowledge-based services due to their independence from lower-level data models.

The ETSI-supported Smart Applications Reference ontology (SAREF) is based on the concept of a device as a physical entity that performs one or more functions. SAREF was founded to define the smart home domain, but it has now grown to include specific modules for energy, buildings, the environment and the future industry. It is a consensus paradigm that allows existing assets in the smart applications domain to be matched.

Extensions were developed on top of the SAREF core to respond to the specific needs of many domains. The extension SAREF4ENER serves the energy domain.

SAREF/SAREF4ENER is proposed as an ontology to be implemented into the smart grid to achieve semantic interoperability. SAREF4ENER was developed in partnership with Energy@Home and EEBus [1], the main Italian and German industry associations, to enable the interconnection of their data models.

3. Specification of our ontology

Our project’s domain is the representation of the energy data issued from a Linky meter. The aim is to ensure the interoperability of energy data and that the data can be understood by multiple external systems. This is achieved in relation to the Interconnect project, which aims to interconnect the smart grid and smart buildings domains.

We aim to improve and extend existing sources for our specific domain and purpose. Furthermore, if our system needs to communicate with other systems that have already committed to specific ontologies or controlled vocabularies, the reuse of existing ontologies may be required. We use the platform PROTÉGÉ, which is an authoring software used for the creation of ontologies in electronic form. It allows for the importation of an existing ontology and facilitates modifications so an advanced version of the existing ontology with more classes and properties can be created.

4. Development of the tool

First, we extracted the data from the Linky smart meter, which was necessary for the conversion of the Linky labels to the SAREF technologies. We obtained the Linky data using the local interface for customers (TIC, Télé-Information Client), that enables to get many data on our live consumption (updated every second).  The Linky dataset was loaded and converted to an RDF file. We used Apache Jena (a free and open-source Java framework supported by Apache), which is designed for building semantic web and semantic annotation applications. It is composed of different APIs that interact to process RDF data.

Using the PROTÉGÉ software, we created a new extension with new classes (with the help of the existing ontology) to extend SAREF to fit the Linky requirements. We progressed from the definition of the most general concepts in the domain to the subsequent specialisation of the concepts.

We used the classes that had already been created for the general concepts such as power or energy, then created the missing classes for the general concepts such as current. Next, we specialised the Current class by creating several subclasses, for example, Instantaneous_current, Maximum_current and Subscribed_intensity. Thus, we obtained a translator that enabled the transformation of the Linky data to the SAREF format through the addition of the new classes.

The subclasses, such as Instantaneous_current and Maximum_current, can be used to indicate whether a machine in a home can be launched or not. Similarly, peak and off-peak hours indicate when the best time is to initiate a device, according to the electricity rates. This technology facilitates the creation of more connected, intelligent and resilient applications for the management of energy.

As a conclusion, the technology demonstrated in this project facilitates the creation of more connected, intelligent and resilient applications for the management of energy. As an example, we have developed a semantic-based reasoner using Linky data to control home appliances: read our article “A semantic-based IoT reasoner demo within Trilab” to know more!

More about SAREF-Compliant Knowledge Discovery for Semantic Energy and Grid Interoperability” is detailed in [2]. 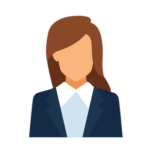 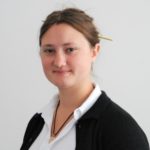 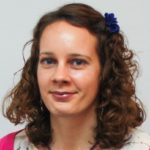